Martin Kohlstedt, a German composer, pianist and producer of neo-classical, ambient and electronic music, is one of the most interesting artists on the European scene, returns today, on 9th December, with his new single ‘MOD‘. We interviewed him, here you can read the article to find out what we talked about!

Hi Martin, welcome to our site! On December the 9th you are going to release your new single “MOD”: an halfway track between neoclassic and electronic music. What was your inspiration to write this song?
My piece MOD is a combative piece. It collides with the current time, so many influences of different kinds that had to be brought into line. Like foaming giant waves that you have to withstand. When I started making this piece I trashed all the sketches I had built conceptually. I only wanted to take seriously the very organic, intuitive outcome where the idea exceeded the 70% mark after a short time without thinking too much, the way I have always done it on stage. It’s like the difference between two-dimensionality and three-dimensionality, the potential of every piece from which you take a step back and “just let it run” is far higher than planned, compositional thinking for me. So the heart of MOD was born in a 90 minute session during a crazy warm summer night.

We can define you an all-round artist. If we take a look at the covers of your single, what they have in common is the fact that they are more similar to a painting. Are they going to create like a jigsaw with the release of your album?
Correct. If you zoom out the single covers, you‘ll get an overall picture. It‘s created by the Leipzig artist Dorothee Liebscher and when choosing the cover for »Feld«, I fell in love with it. Her work is called »Einleuchten« and is actually a 2×2 meter oil painting that not only opens up a whole world of its own – it is the perfect metaphor for what I have created musically. 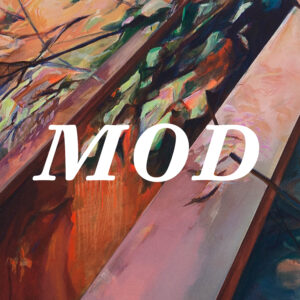 So, what is the connection between figurative art and music, I mean, do they come to life one before the other?
Sometimes the architecture of a painting is like frozen music. Lines and shapes rhythmize what is to be seen in a defined field, the colors express the moment on a spectrum. In art, every form of expression has its limits, otherwise we wouldn’t be so persistent in looking for more ways to proceed. That is why it is so important to unite, or better: collide the arts at one point or another. Only with the friction comes the development!

You have been carrying out “The Forest” project in southern Thuringia, the “green heart” of Germany, for more than 20 years. What was the moment when you had the idea of starting such a bold project?
The idea for this endeavour has been brewing for more than 20 years at this point: Back then I, with the help of my family and many other volunteers, planted a little forest in my small hometown in the very middle of Germany. My father who was the head of the local forestry department at the time set out with his spade as a role model and taught my brother Michael and me everything we needed to know to understand this complex ecosystem. Just as lectures by parents tend to be they were annoying at times but today, in a time where this knowledge is more valuable and important than ever, I am very thankful for receiving them.

Long story short: According to studies there is almost nothing as effective as a forest to combat catastrophic climate change. I was able to put enough money aside that I was able to purchase the first three pieces of land right here in the region. Under my lead and with the help of many volunteer hands we started to plant the first 4500 young trees. In the future not only thousands of trees should grow but also the piece of land it stands on.

What is the sweetest memory you have of the forest or of your relationship with nature?
I was about 16 years old, I had celebrated the first time alone with my boys my birthday in the forest. For a long time we remained at the campfire until our paths separated at the end of the party, each individually had to go in a different direction. Why ever we all went alone I can no longer say today.

It was a ravendark night and extremely creepy. I started to whistle so that the silence did not make me completely crazy and after all, I still had three kilometers ahead of me. While I was wandering through the dark night, I heard a loud crack that made me freeze like a flash. I was full of adrenaline and tried to find out what it was: ten seconds later a wild boar ran over me full of force. I think this moment really made me a forest child.

Have you ever thought about your music as a journey between you and your listeners?
Since my concerts are always different and completely improvised, the approach to making music can be described as a journey. Initially still repititive and based on simple structures, the music makes its own way into the unknown, so to say.

Usually I play the first 30 seconds as planned and then let the audience, the space, the moment react with each other and influence the further interpretation of the piece. I’d like to see the audience as a mirror or a dialogue partner that brings

up things that are on my mind — and vice versa I have a similiar effect on the people in the audience. This creates a special kind of communication and intimacy that makes me aware of details and affects how I interpret or even recompose the piece. That, of course, can either succeed or go wrong, but either way it creates definitely a special journey.

We know that you have graduated from Media Art & Design at the Bauhaus-University of Weimar, developing projects in Generative Music, Computer Music, Random Music. How important is it for you to incorporate the reality around you into your projects?
During my studies I was fascinated by other perspectives on music and its creation. Of a particular interest for me in this instance was music that composes itself: With this goal in mind I could venture further and further towards the origin of music – intangible and free of logic or other in a way constraining variables like the subconscious, the meditative, intuition, improvisation, or the need for communication. Freedom emerges!

Early in my journey I started to hold on to my approaches and compositional ideas in patches, a ” modular musical vocabulary”, if you will. But of course it always had its limits, and every limit I found in it adversely opened up a lot of potential for development and a step towards discovering the real human beneath all of it.

Together with beautiful crew of people we were invited to create an installation on Burning Man where a prototype of our envisioned “composition machine” was running: It feeds off of the noises and sounds around it, learns its own vocabulary, analyzes and processes it and feeds it into its own composition while also interacting with the people around it.

Before saying goodbye, leave us with a statement that you have learned from nature and that we can apply to our everyday life to improve our stay on this planet!
My fascination with the nature lies in the relativity of time. The trees barely reach my knees and are already 3-4 years old, I will never stand in their shade. If I break the plum, all these years are over. In contrast, it takes a century for the trees to become a young forest. They existed a long time before I did and hopefully will getting so much older than me. The feeling of accompanying only a small period of these beings makes me humble every time. I am only an unimportantly small part of their existence. 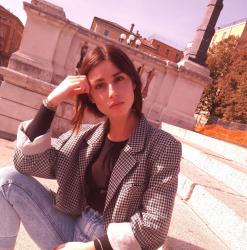 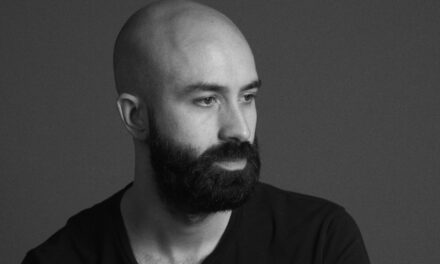 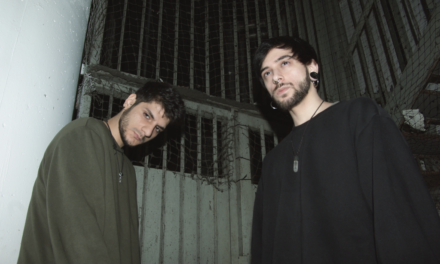 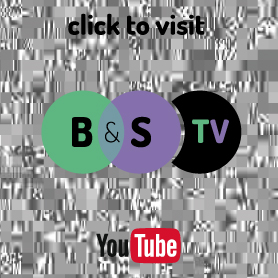